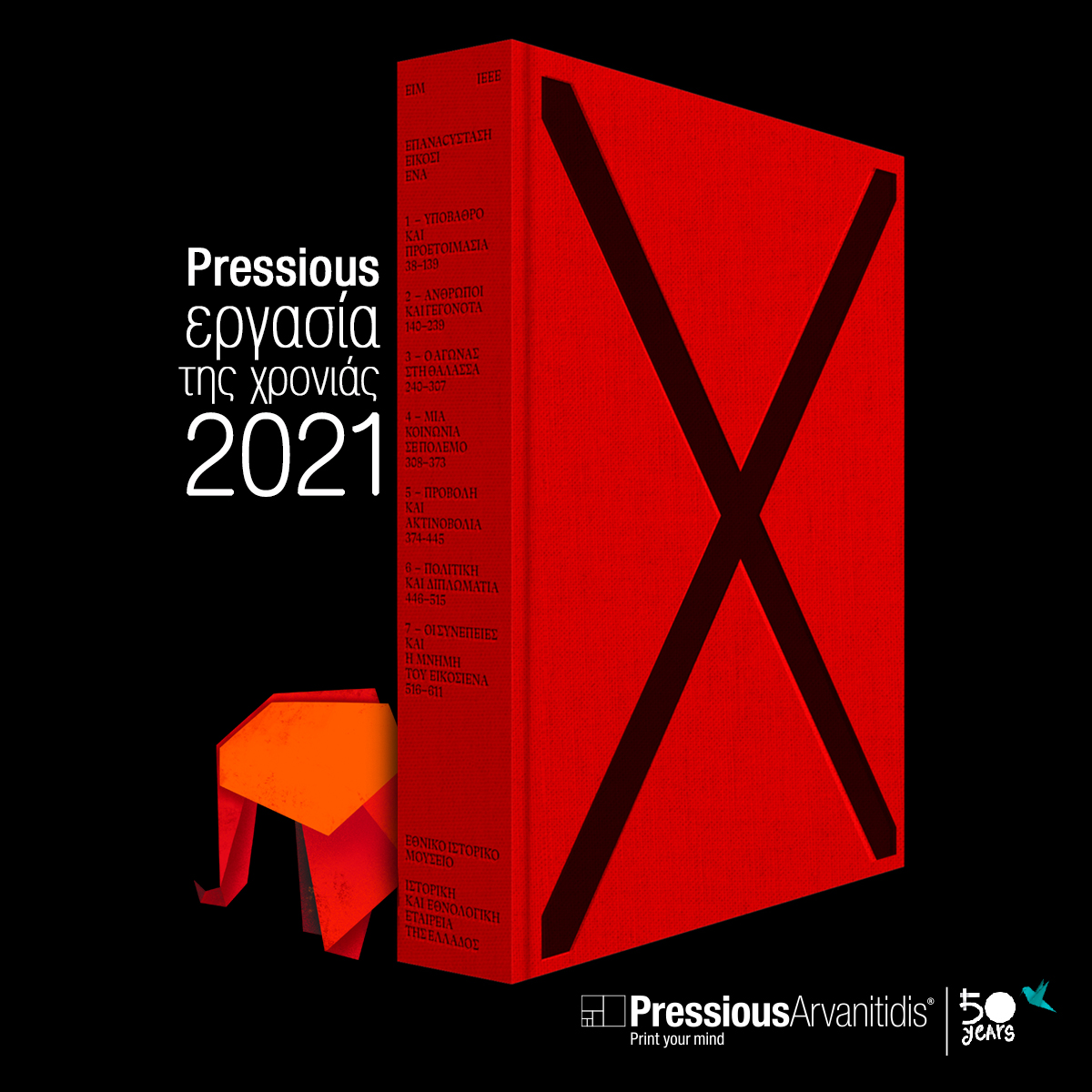 The anniversary album “Revolution21regramed” by the National Historical Museum, for the 200th anniversary of the Greek revolution, was voted the year’s job by the people of PressiousArvanitidis.

The album was created under the backing of the Ministry of Culture and Sports and it’s a part of the exhibition of the National Historical Museum during their anniversary program for the 200 years since the Greek revolution. The creative designer of the album was Dimitris Papazoglou who received a commendation at the EBGE 2022 awards in the category “Cover”

The employees of PressiousArvanitidis chose the winner through an internal voting process, whereby the winner stood out from the total of jobs every month. Everyone filled out a specific questionnaire with questions about the complexity of the final printing material, the production difficulties that might have been faced, and how appealing and unique it is.

The record listing of the results of the voting process from the nominated printing jobs designates one that is characterized as “Job of the month” and fulfills the above criteria.

At the end of the year, the annual voting takes place and during this process, we compare the results of all the “Jobs of the month” and we showcase the “Pressious year’s job 2021”.

PressiousArvanitidis continues to recognize and give emphasis on the printing jobs that outline the importance of printed communication.

DESIGNED BY K2DESIGN | DEVELOPED BY